BMW is synonymous with quality and luxury. It makes perfect sense that it this line of vehicles has earned the name of The Ultimate Driving Machine®. But what are the origins of these fine vehicles?

The BMW initials stand for Bayerische Motoren Werke, which translates to Bavarian Motor Works. The business was founded in 1917 after an overhaul of the Rapp Motenwerke aircraft manufacturing firm. When World War I ended in 1918, the terms of Versailles Armistice Treaty prohibited BMW from making airline engines.

The iconic blue and white BMW logo is a nod to the blue and white panels of the Bavarian national flag. It can also appear to be white airplanes blades cutting through a blue sky, although this was not the original intention.

In the 1920s, BMW shifted its sights to motorcycle production. 1928 marked the beginning of production for the first BMW automobiles. BMW’s first successful car was the Dixi, which found inspiration from the Austin 7. 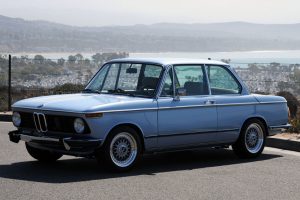 Moving into the 1930s, BNW engineers worked to develop their cars from smaller cars to six-cylinder luxury cars. Production of the BMW 328 sports car began in 1936. During World War II, BMW’s focus shifted back to building aircraft engines.

Following the damage suffered during World War II, BMW’s Munich factory went into a phase of rebuilding. The company survived by making pots, pans and bicycles.

In 1947, BMW received permission to once again start producing motorcycles. 1951 marked the return to automobile production, with the introduction of the BMW 501 model. In 1954, the 501 received upgrades to its engine and split into two models, doubling BMW’s sales of luxury cars.

Over the past sixty years, BMW’s legacy of innovation, engineering and design has only grown. In 2012, BMW earned the distinction of being number one of the twenty-five most reputable companies listed by Forbes.com.

When you need a Manchester MO BMW Mechanic, the best place is Autos of Europe in Manchester, MO. Call us at 636-227-8887 or email us at service@autosofeurope.com.

Learn more about BMW’s history by visiting this link. (http://dailynewsdig.com/bmw-history-discover-the-german-car-manufacturers-origins-and-more)